My celebrity friend, Jack Laurence, was named Jack Greenspon in his earlier life.  Jack changed his name after he became a radio announcer working in Washington D.C., and New York. In 1965 Fred Friendly, president of CBS News, made Jack the youngest correspondent in CBS News history. He was 26 years old. 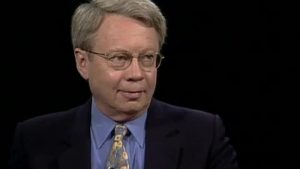 Laurence volunteered to cover the war in Vietnam in 1965. He may have been one of the first embedded correspondents with a Marine combat unit. It was then he started making film documentaries. Jack had three hitches in Vietnam in ’65, ’67, and ’70. His documentaries, titled “Charlie Company,” featured on the CBS Evening News, covered the Tet Offensive, the Battle of Khe Sanh, and numerous other significant battles.

In 1968, Walter Cronkite, who up until that time had been supportive of President Johnson’s war, went to Vietnam to see for himself. He looked up his friend Jack Laurence. Jack told him the war had reached a stalemate and that America was wasting the lives of its own troops and those of the Vietnamese people. Cronkite returned home and made his special broadcast calling for the end of the war. President Johnson, hearing the report said, “If I lost Cronkite, I have lost the America people,” and then announced he would not seek reelection. Therefore, now you know, Jack Laurence was partially responsible for the presidency of Richard Nixon.

Back in the United States, Laurence covered the Democratic National Convention in Chicago. His investigative reports called “Police After Chicago” received an Emmy Award from the Academy of Television Arts and Sciences.

In 1970 Laurence moved to London to take over as bureau chief from Morley Safer. From there he covered wars in Cyprus, Rhodesia, and Ethiopia and terrorist incidents between Syria, Lebanon, and Israel.

In 2002, Jack published his book, The Cat from Hue: a Vietnam War Story. It’s 872 pages long. I bought the book and seeing its length, said to myself, “This better be good.” After reading only two pages, I called my wife, “You’ve got to hear this,” and started reading aloud to her. It’s an incredibly well-crafted book. Walter Cronkite said it’s the best thing written on the Vietnam War. No wonder he received rave reviews from The New York Times and other major U.S. newspapers and magazines.

Jack and I started trading emails about that time. In 2004 several of us were putting together a reunion of our 1957 State Champion high school football team and hoped Jack might be able make the trip from London to attend. But he had other important plans.

In 2005, Laurence spent sixteen months embedded with a rife company from the 101st Air Assault Division in Iraq. He made a documentary of that experience titled “I Am an American Soldier.” In 2007 the film was shown at film festivals in New York, Orlando, and Travis City, Michigan. Jack called me and said, “Hey, come on up to Travis City and join me.” So, I hopped on my motorcycle and rode to Michigan.

I met Jack at his hotel at 9 p.m. that first night. The film festival was being hosted by Michael Moore. Numerous films were being shown at all hours all over the city. Jack said, “Want to go to a movie? I have a limo and driver parked at the curb.”

At the theater we were ushered into the green room waiting for the theater to fill. In the room with us was Michael Moore and several producers and directors. At show time we were escorted to a roped off theater section. All movie goes turned to see the VIPs being led to their seats. I could imagine several of them asking, “Who the heck is that guy with Jack Laurence?” I just nodded modestly.

Jack’s film won top honors garnering the Founders Award at Travis City. What a fun couple of days it was!

A few years later, Jack and I again had a good visit in Florida at our winter retreat in The Villages. Jack still has his home in London. We’re both the same age so I don’t think he’ll be doing any more war reporting, but who knows. Keep an eye pealed for another premier by my famous friend, Jack Laurence.