My wife, Michele, was born in France in 1942, in the middle of World War II. Even as a toddler, she has memories of hobnailed boots marching through town and having her home taken over by German soldiers, who, incidentally, left a thank you note after taking the good china and silverware.

Twenty years earlier, during World War I, Michele’s town of Bar-Le-Duc was known as “The Sacred Way” as it was from there that the French troops would assemble before traveling 58 kilometers to the front lines in Verdun. For many it was a one-way trip.

Fighting in the Argonne Forest and the Verdun countryside was ferocious. Nine whole towns simply disappeared. Over a million French soldiers were killed. Even today, it is said farmers can’t stick a shovel in the earth without digging up a human bone. Those bones are placed in the Ossuaire Douaumont (Mortuary of Douaumont) and through openings one can see skulls, and arm and leg bones. 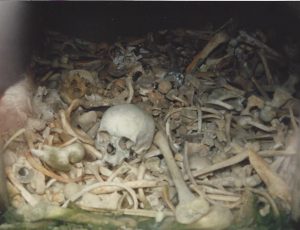 The “Trench of Bayonets” honors a French squad that was preparing to attack from their trench when a cannon burst caused the walls of the trench to cave in killing all still standing with just the tips of their baronets exposed above the ground.

The American Expeditionary Forces under General Pershing arrived in 1918 to join the warfare. Fourteen thousand soldiers of the 29,000 Americans killed in WW I, are buried in the Meuse-Argonne American Cemetery. What a somber sight it is. 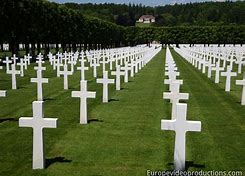 How tragic to imagine a country existing during such chaos, destruction, and suffering, not once but twice.