One of my college part-time jobs was driving a bus which required a commercial driver’s license. That involved taking a written and a driver’s test administered by the Department of Motor Vehicles. Once clearing that hurtle, I was given a regular school run each morning and various athletic team trips in the afternoons. 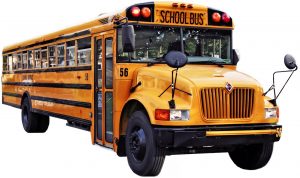 My daily school trip involved taking high school girls to a private parochial school. One young lady was picked up at a gas station.  She always waited inside the station until she saw me approach, then would dash across the lot and leap through the open door of the bus hardly slowing down.

One winter morning, she slipped on some ice a few feet away and to my horror slid under the bus. I was stopped of course, but shocked when seeing her disappear beneath the bus. I jumped from my seat to help and then saw two hands grab the edge of the bus’s step and slide herself out into the open. She was not injured but her school uniform was rather disheveled.

Our company had a contract transporting Argonne National Laboratory workers to and from their plant. I was asked to learn the route for the afternoon run and rode with another driver to learn the stops. My first solo trip was on a winter’s day and it had started to snow. While waiting for the workers the snow flurries became a near blizzard. Accumulation on the street was only a few inches but visibility was reduced to less than a quarter of a mile.

Even more concerning were my windshield wipers which were only working intermittently. The wiper motor was mounted at the top of the windshield and an inside part of that motor had a small arm of about two inches that I could twist and get a single sweep of the wiper. Driving the bus, watching for skidding traffic, and twisting that wiper blade was exhausting. I’d wait until the windshield was almost covered before I’d give it another sweep.

The workers were normally quite aminated, jabbering away at the end of the workday. However, that afternoon, there was graveyard silence behind me as all sat on the edge of their seats, holding their breath. Whenever I dropped one of the workers off they slapped my back enthusiastically, complimenting me on my driving, but I think their elation was mostly just relief at getting off the bus.

Finally, I unloaded my last passenger. I was only a mile or so from the lot where we parked the busses but I just didn’t have any more strength to wipe that windshield. I was trying to drive by watching the edge of the road out the side window. That didn’t work very well and suddenly feeling some thumps and bumps found myself in the middle of a field. I didn’t care. I walked to the terminal lot, got my car and drove back to my school dorm. I did call the bus company owner to tell him where he could find his abandoned bus.

One weekend, I got a call to drive one of several busses carrying scholastic priests from a Catholic seminary on an outing to Starved Rock State Park for a picnic. More than ten busses were needed for the charter. When I arrived that morning, I learned one of the other drivers couldn’t make it and I was asked to drive one of the pushers. Courtesy Coach had a variety of busses, including a few called pushers. A Pusher was similar to a Greyhound with its engine in the rear. The driver’s seat had a huge horizontal steering wheel you could barely reach across. The bus was wider than a normal school bus and had air-brakes and an air-clutch. 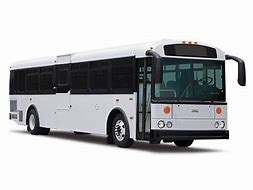 “But I’ve never driven a pusher,” I remarked.

“No problem. We’ll tell you what you need to know in a couple of passes around the lot.”

So, I learned how to put it in gear and aim down the road.

About halfway to Starved Rock I began to feel comfortable behind the wheel. Unfortunately, when driving a school bus, the driver’s position relative to the center of the road was a foot further from the the road’s edge than when in a pusher. Suddenly, with a loud BANG we hit the edge of a culvert. I swear the bus jumped a foot in the air. Fortunately, we recovered with no blown tires, but when I looked in my rearview mirror, I saw all my apprentice priests had pulled out their Rosery Beads and were praying for salvation.

By far my most interesting driving assignment was taking Wheaton College students—an evangelical oriented school—into impoverish sections of Chicago to save souls. Driving a pusher in Chicago was interesting. The front wheels of the bus were a few feet behind the driver’s seat. From that perspective the bus did not turn around corners but swept around its turns. No problem unless some car happened to be beside you. Opposing traffic seemed to sense the risk I presented and gave me wide latitude. I became a fearless Chicago bus driver.

Wheaton asked the drivers to accompany some of the young girls when they called on the apartments. I must admit some trepidation walking through those rundown neighborhoods but the families we called on were repeat visits and we were welcomed warmly wherever we went.

Years later at the end of my hitch as a Navy pilot, flying for the airlines was a lucrative career choice. I never seriously considered it however. Perhaps I was influenced by my previous bus driving experience.