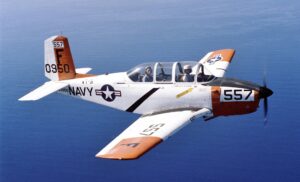 My first experience controlling an aircraft occurred on December 5, 1962. It was in the Navy’s basic trainer, the Beechcraft T-34 Mentor. I was introduced to basic manuvers, stall recovery, spins, and I flew my first solo in the T-34. Flight hours in the T-34 were 34.6. 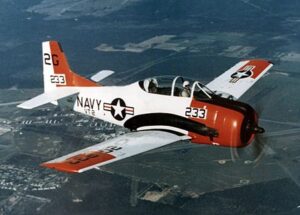 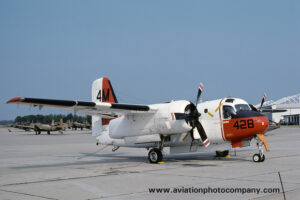 Known as the “Stoof” if you pronounced “S-Two-F”,  the Grumman twin-engine aircraft we flew in the Multi-Engine Advanced Flight Training Command was a carrier based plane used in Anti-Submarine Warfare. We received our instrument rating in the S-2F becoming All Weather Pilots. We made additional carrier landings in the Stoof. I was on a training flight with my instructor when we received a radio message telling us our Commander In Chief, John F. Kennedy, had just been killed in Dallas, Texas. “What do we do now”, I asked. Not much we can do,” the instructor replied. “continue the flight.” Total hours in the S-2F was 150.2.

With orders to a P-2V squadron, we were initially trained as navigators by flying in the Convair T-29 Flying Classroom. I got 55.6 hours at a Nav Station in the T-29. 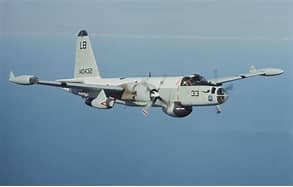 With orders to a P-2 squadron, I first flew the Lockheed SP-2H in a RAG (Replacement Air Group) in Jacksonville, FL before reporting to my squadron (VP-21) in Brunswick Maine. The P-2 had a crew of eleven which included four officers, three of whom were pilots. The fourth officer was our tactical coordinator (Tacco). Transitioning from PP3P (3rd pilot) to PP2P (co-pilot), I was designated PPC (Patrol Plane Commander) on September 27, 1966. We made four crossings of the Atlantic Ocean and had deployments and detachments to Key west, FL. during the Cuban Missile Crisis; Argentia, Newfoundland; Rota, Spain; Bermuda; Puerto Rico; Nova Scotia; Lajes, Azores; Sigonella, Sicily; Naples, Italy; Majorica, France; Nimes, France; and Gibraltar. Flight hours in the P-2 were 1,315.7 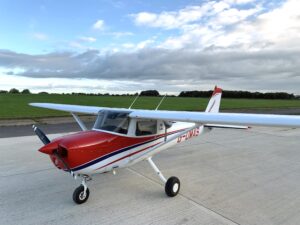 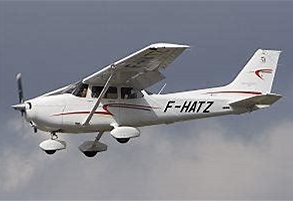 As a civilian I belonged to a flying club in Columbus, IN, which had Cessna’s popular C-150, C-172, and C-172 XP. The three airplanes were similar, each with tricycle gear (nose wheels) which made landings much easier than tailwheel airplanes. The C-150 was a two seat aircraft with 100 HP engine. The 172, a four seat aircraft, over the years had 145 HP to 180 HP engines. The C-172XP had a 210 HP engine. The C-182’s engine was 235 HP. The RG model (Retractable Gear) gave the 182 a 160 knot cruise airspeed. I purchased a C-182RG in 1985 and made several long distance cross country trips which included the west coast and the Caribbean Islands. Total Flight time in these Cessna aircraft was approximately 1,750 hours.

Remembering the excitment of aerobatic flying in the Navy, I had aspirations to enter aerobatic competition sponsored by the EAA. To brush up my skills, I began training with an instructor in Madison, IN who had a aerobatic rated Super Decathlon. His plane was not insured for me to fly solo so I used to go up to Eagle Creek Airport in Indy which had a Decathlon I could rent. I wasn’t supposed to fly aerobatics in their rented plane but once out of the local area, they never knew. I got 16.5 hours in the Decathlons. 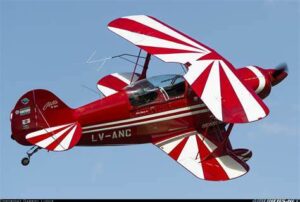 I used to fantasize about owning a bi-wing airplane. I learned of an instructor with a Pitts at Cincinnati’s Lunken Flield and signed up for a lesson. It was not a good experience. The instructor had some vendetta against Navy pilots and tried his best to make me sick on our flight together. It didn’t work but I didn’t enjoy the experience. 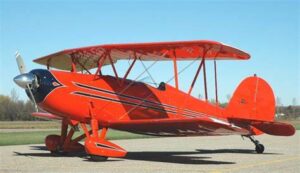 My instructor of the Decathlon in Madison, IN, had a father who owned a Bi-wing Great Lakes which he kept on his farm in Vevey, IN. After one of my training flights in Madison, we flew to Vevey for a flight in the Great Lakes over the Ohio River.

While vacationing in Marco Island, FL. I got checked out to rent a Piper PA-28 Cherokee. I also rented a PA-28 flying out of Bloomington, IN. 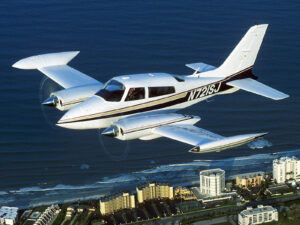 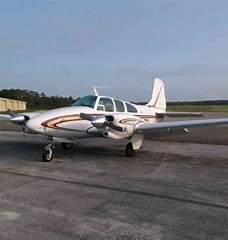 My pilots license included a multi-engine rating. I occasionally attended business meetings to which I flew other company employees as passengers. I thought using a twin-engine aircraft for such transportation would be an acceptable expense and got checked out in a Cessna 310. At the same time a customer of ours had purchased a Beech 95 Twin Travel-Air which he encouraged me to rent from him. I got about 20 flight hours in the two aircraft. 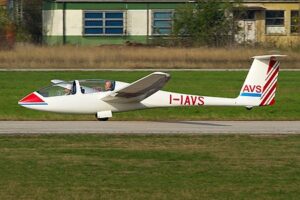 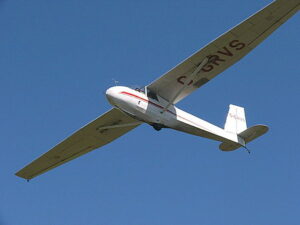 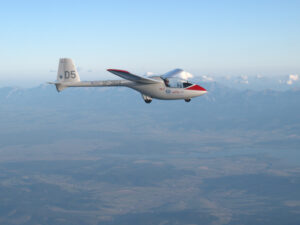 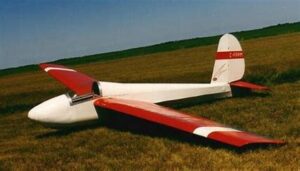 I hadn’t actively flown for a couple of years when in 2019 I remembered the fun I had flying a glider while in Colorado on a business trip back in 1989. Back then I had a free afternoon and learned of a glider operation near our hotel. I discovered they had a glider rated for aerobatics and since I was flying aerobatics in powered aircraft at the time, signed up for a flight. What fun it was to do loops and rolls with the only sound being the wind past the canopy.

In 2019 I joined the Louisville Soaring Club which flew out of Seymour, IN, just an hour from my home. When only getting two or three flights every Saturday I realized it would take forever to get my glider rating, so I spent a week at Sundance Aviation in Moriarty, N.M., a glider school. I got my rating after an intense week of several flights each day. What fun.

Thank you Navy for giving me the skills of a professional pilot. Thank you FAA for your recognition as a Wright Brothers Master Pilot for 50 years of accident free flying.

Aww shucks, forgive my boastfulness, but I’m proud of those accomplishments. 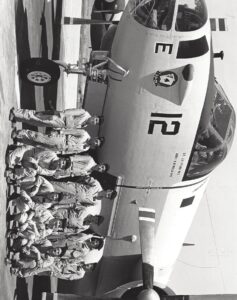 One thought on “Airplanes”