I met Suzanne Giesmann and her husband Ty in 2009, after Suzanne had published her book, “Living a Dream” about her and her husband sailing a boat around the world. Suzanne had retired as a navy Commander and had been an Aide to the Chairman of the Joint Chiefs of Staff. Wow, impressive! Ty was a retired Navy Captain. What an interesting couple they were. 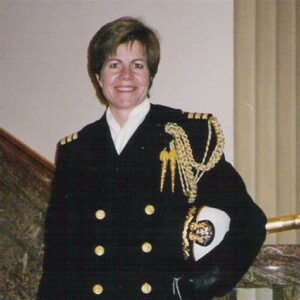 We learned Suzanne had been on a transatlantic flight with the Chairman of the Joint Chiefs on September 11, 2001, when they received a radio message that the Twin Towers had been hit and they were instructed to return to Washington D.C. When arriving at the Pentagon they saw its smoking ruins, also just flown into by terrorists. That’s when Suzanne and Ty both decided life was too short and to retire from the military and follow their dream of a sailing adventure. 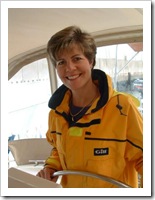 The following year, I was shocked to read another newspaper story about Suzanne’s discovery of her gift to commune with spirts of the deceased. Oh no, I thought, not my Navy Commander! She had been such a squared away, no-nonsense lady. I couldn’t believe it.

Suzanne wrote another book about her medium discovery titled “Messages of Hope.” Incredulous, I downloaded the book on my Kindle to learn the story. My wife, Michele, was as skeptical as I was about this medium business, so I read parts of the book aloud to her.

Seems that while on their sail around the world, Suzanne and Ty learned their daughter, Susan, who was pregnant at the time had been struck my lighting and killed. The parents docked their boat and flew back to the U.S. to attend the funeral. It was at the gravesite that a very strange thing happened. Suzanne and Ty were the only two remaining at the grave on that sunny, calm day, when suddenly the wind started blowing shaking the nearby trees. Ty said, “That’s Susan.” Suzanne wasn’t convinced, but on their way back to reboard their boat, bought a book about mediumship. She read that spirits sometimes appear in the real world as insignificant creatures.

One day, back at sea, miles from the nearest shore, Ty, who was alone at the helm, came down into the cabin and said to Suzanne, “It’s most unusual being this far from land, but there is a butterfly in the cockpit fluttering around my head.” And at that moment, the butterfly flew into the cabin, landed first on Suzanne’s chest, then flew to Ty’s chest, and then disappeared. What in the world was that about, Suzanne wondered?

Back in the states after their sailing trip, Suzanne, curious about the experiences they had following Susan’s death, made an appointment to have a session with a well-known medium. Ty accompanied her but waited in the waiting room while Suzanne had her meeting.

During the session, the medium after some deep concentration said, “Susan is here in the room. She has a child with her. And she says they both are fine.” Suzanne couldn’t believe it and said, “Oh, I wish Ty could hear that.”

The medium said, “I’ve never worked with two people together, but let’s invite him in and see what happens. Ty entered the room and took a seat. The medium said, “Susan is still here. Oh, she is walking toward you, TY. Now she is climbing into your lap and drawing her legs up beneath her.”

Ty said, “She always used to do that.”

Further sessions with the medium, convinced Suzanne that she also had the ability to summon the spirits of the deceased and had numerous sessions of her own with surviving family members putting them in touch with deceased loved ones.

I believe Suzanne does in fact have the gifts she claims. I have attended Suzanne’s talks where she demonstrates this communication. Michele and I have gone out to dinner with Suzanne and her husband. I love the fact Suzanne is as amazed and excited about her gift as she is. One evening she told me that earlier that day she and Ty had been out jogging. They passed a man she did not know. Suddenly an image appeared to Suzanne who said “My name is Nancy. Go back and give that man a hug.”

Following the instruction, Suzanne returned to the gentleman and said, “Sir, I don’t normally do this, but someone named Nancy told me to give you a hug.”

The man said, “That’s my wife. She died a year ago today.”

And Suzanne said to me, “Isn’t that cool!”

Suzanne has written several books; “Wolf’s Message,” “In the Silence,” “Mediumship,” and others. But the one I recommend is “Messages of Hope.” 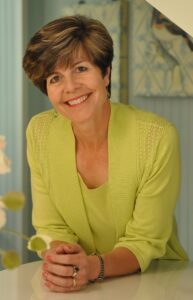 Form your own conclusions. She has convinced me she does what she claims.